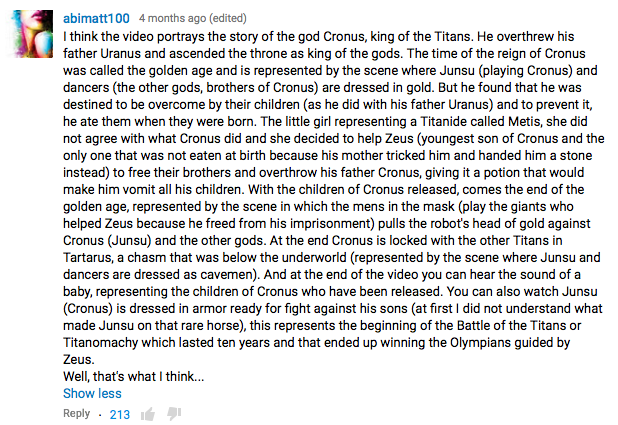 Lets start out with the music video. This is by a veteran k-pop star, who was once in TVXQ. He sued SM Entertainment to leave the group along with three other members. This band used to be as big as Big Bang, or bigger. I admit the video […]

The dilemma of the Music Industry

Originally I was going to target this post towards, SM Entertainment. Explaining that I don’t want to support a company that mistreats its artist’s, but know that the artist’s in the company would suffer if I did this. Yet, this problem isn’t just a SM problem. In K-pop […]

Wasting time with the Sims

Hello, Maybe a week ago I started playing the Sims 3 again. I never really played the Sims 3, nearly as much as the SIms 2. When it first came out, my computer was to ancient to run the Sims 3. I am fully aware that the Sims […]

Hello World, As you might know, I am a K-pop fan. I will often resist listening to a new band for a while. Even with bands that have been around years, I just don’t bother to give them a chance. Then suddenly, I find myself running out of […]

My view of Jonghyun, k-pop idol who supports Equal Rights

Hello, after my post on Jonghyun I went back and read my other k-pop posts. I discovered that earlier this year I had written a post that talked about Jonghyun and Taemin kissing. Many months ago Jonghyun kissed Taemin at a concert. There has been some debate over […]

I doubt that this little post will make much difference, but K-pop idol Jonghyun, of the band SHINee, posted on Twitter that he Supports Gay Marriage. He is likely to lose some fans over the post, as South Korea is still very conservative on the topic of gay […]

Idol sacrifice… j/k What k-pop Idols give up

I continue to watch k-pop music videos. Do you want to hear a little about k-pop? The artists continue to amaze me with their hard work and talent. Yet, the contracts that k-pop artists sign are sometimes called slave contracts. Beyond just the long years of promoting, practicing, […]

This tree is a survivor! How old do you think it is?
Another photo of leaves sprouting against sky on @emaddix.photography
Leaves are slowly returning
Second dose today now waiting in Rite Aid, 15 minutes.
Tired to get closer video but it scared the turtles and they ran. So this will be the best shot. Turtles can make noise I learned.
I passed this sign in Winter of 2020. I contemplated it and agreed deep down that silence would be betrayal. Yet, I did not want to add to the social media noise. Social media tends to build up boxes that people live in. They get shown more of what they agree with and less of what they dislike. This leads to isolated groups of people who agree with each other and don't listen to outside opinions. For society to work and racism to be dealt with people need to listen to each other who would normally ignore one another.
People who know me know I have been following K-pop since 2013 and read Manga since before 2008. I was thinking of silently supporting local Asian businesses and randomly creating posts about Asian culture. Yet I feel I should say I am against all forms of racism and not just when horrible acts happen. The recent acts so horrible they make the news. I am also against the racism people face day to day and try my best to not be racist. Even if sometimes I fail because I realize I see color very well and this helps me as an artist. Color is wonderful and diverse. Thank goodness for the full color spectrum. #stopasianhate #stopaapihate
Checking to see if I look sleepy. Early morning and no caffeine
The new painting from @jordan.nik.art looks perfect next to Breathe. I put it in the spot of Bonsai
Testing out Easter dress. Its hard to tell I am in a dress
Loading Comments...
Comment
×