Originally posted on The New Earth Blog ~ Living in the New Energy:
Why am I posting about today and the fourth blood moon eclipse?  Because today is the day that is said to be when the First Wave of Ascension will have been completed, so says powerful teacher,…

Messy room. Dim Night. Hours late. Moonlight. Chai. Hardly touched. Hours past, Pouring. Never a poet. I tried. Lacking confidence, I failed. I cannot capture in word. Or picture. Even the essence of this feeling.   They speak of accession. A New World. They speak of deception. The Old World.   […] 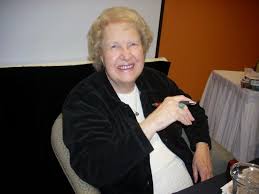 Candace’s Past Life Regression with the Master, Dolores Cannon

Originally posted on The New Earth Blog ~ Living in the New Energy:
Dolores Cannon – My Past Life Regression Session with the Master Posted on September 15, 2015 by newearthjourney It was a brilliantly clear, dark and starry sky the early morning I left to drive to northwest…

Hello World, Every now and then I talk about an interesting dream. This is not like the other dreams I talked about. I was low on money with $10 left to spend in September. I was however taken by an inexplicable need to buy an expansion pack to […]

Please watch it and feel it, will Ya…? ;-) Simply Powerful and Purely Enlightening Video. “Energetic Universe of Light and Sound”.

Originally posted on Quantum Leap Journey:
#What’sonMyMind #InAga’sBubble #briefly Was thinking what to write about this talk / film by Max Igan ( from The Crow House ), one of the best whistle blowers, investigative journalists and Truth Seekers out there, but there is actually no comment needed. This 50…

Talk of my garden

As the leaves start turning, I feel the change coming. Already Summer is over. It was a good summer as summers go. Plenty of rain for my garden, but if I did not have a garden, I might have disliked the rain. Yet, each day of rain meant […]

Hello Readers and World, I have a goal, to always have more views then the year before. Last years was a good year for views, with a post, I have taken down, being linked to on Facebook by someone who was able to give me 228 views in […]

If I had one thing to add, to the noise of the Internet, the constant notifications, dooms days and worries. What should I write. It will go in this massive heap of energy so vibrating it would give more then a electric shock. The only thing that would […]

Originally posted on Kindness Blog :
I am certainly not the first parent in the world to be surprised at some of the things my child says. Occasionally the words of our youth shock us. Sometimes they’ll leave you speechless, while other times will just take your breath away.…

K.O. on the Full Moon

Yesterday was just one of those days where I randomly become tired and start sleeping early. I am not sure exactly what time I started to nap, but tiredness was suddenly upon me. As I have mentioned before, I sometimes throw in the towel early on the important […]