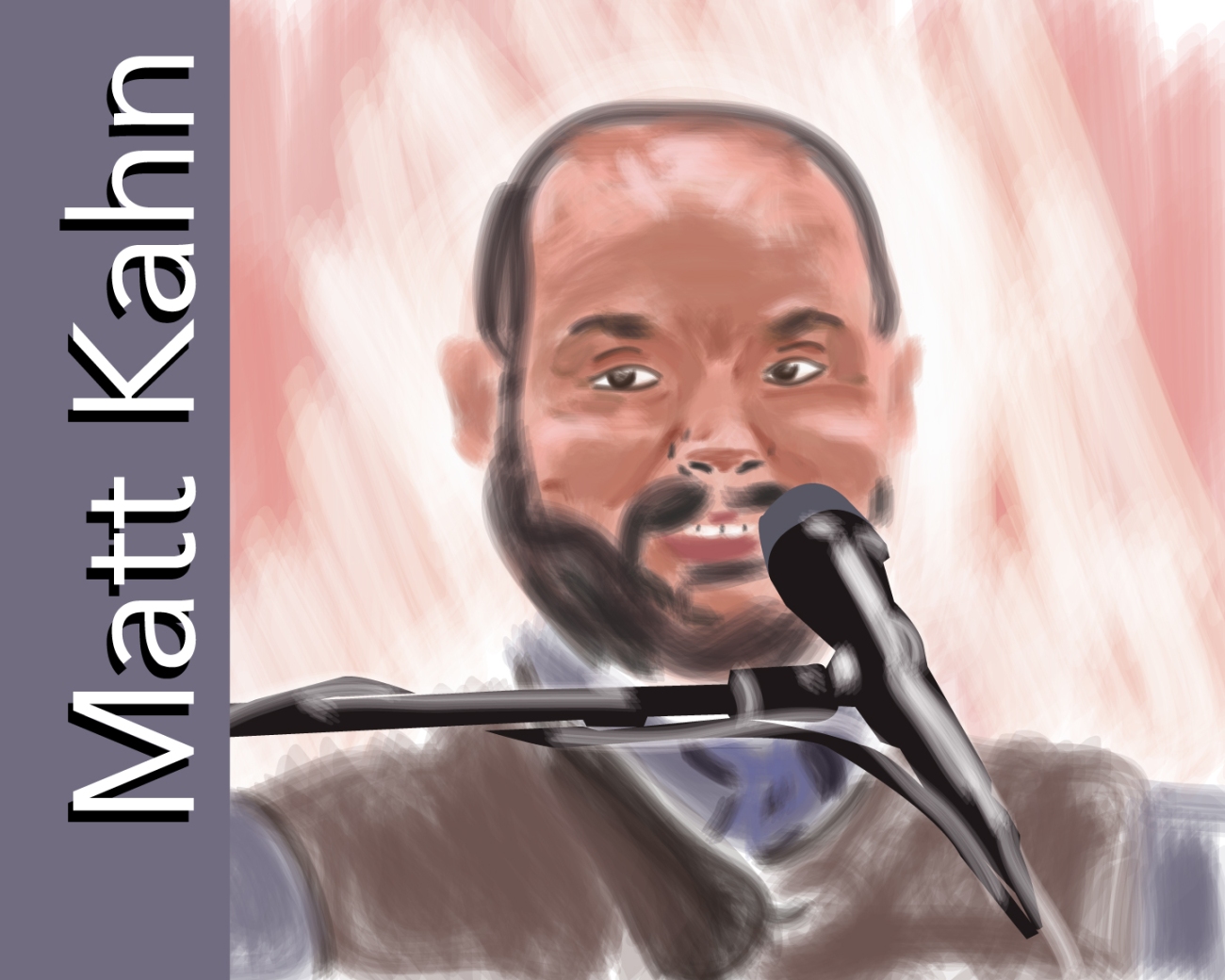 My memory of the Dream starts out with me in a small circle of listeners. We are listening to Matt Kahn while a Healer goes around and checks each person. When she stops at me she discovers something, and tells me to wait after the event.

After the event he walks over to me and says, “I know what I said about Lightarians, but you are a Lightarian. You are gaining weight because the food you eat is so heavy. I will teach you a way where you can continue to eat food, just less, and you get your energy source from the Sun. The Sun will naturally return you to your natural weight.”

So Matt Kahn proceeded to collaborate me to take in energy like a plant. I tried eating from the Sun just once and already my pants were so loose that I had to hold them up.

Then Matt Kahn continued to teach me the Lightarian methods and talked about how much money I was going to save on food. He sent me home with huge bags of cat food to eat, and told me I could pay him back for the cat food with the money I saved.

I looked at the cat food, knowing full well, from trying cat food when I was younger, that it tastes horribly dry. I was wondering how I was going to manage to eat the cat food, and pictured that maybe I could mix it with yogurt to cover up the dryness.

Then I went to another Matt Kahn event. He announced that Lightarians are so rare that after teaching for so long to big crowds, he had only found one. He pointed me out, and asked me to wait after the event.

He then proceeded to teach me the ways of the Musicaterian. This is where the being who plays an instrument receives energy for life from the Music.

I told him, “I don’t know how to play.” He explained that as a Music-arian all I needed to do was try, and I could play any instrument like a Master. So I proceeded to play the piano, and beautiful Music came up. The piece being played was unique so I wanted to record it. After wondering how I was going to find a recorder, I realized there was likely one on my phone.

I once again find myself holding my pants up, and with a now oversized shirt on.

Matt Kahn then started talking about how I needed to find an instrument I could carry around. So I could be ready to ‘Eat Music’ at any point. After thought I realized I could use my voice, and sing anywhere. Yet, I did not have a good singing voice. Matt Kahn explained that as a Music-arian my voice was now perfect, and I was professionally trained how to sing.

So I walked up to a microphone, and to my surprise started to Rap. Apparently I was a trained Rapper now too. There was another Rapper who I was supposed to work with to make a song together, but I was so amazed that I could Rap so well that I just kept on Rapping without giving any chance for a duet.

Then I was asked to join a Rap Battle, where I preceded to complement every single opponent. I was such a good Rapper that the crowd cheered anyway.

This is about where I wake up.

Meaning of Dream? Umm… I want to lose weight without effort, and save money on food.