World Peace ~ Would You Give Your Free Will for It?

I ran across this Foundation recently. I’d be totally hyped about the possibility of Free Energy. Yet, it seems to be coming at a cost. Basic web searching has proved that this is in fact on the website of the same Foundation offering Free Energy. Yet, when I read this article I intuitively felt that this was not from someone who had the power to do the things listed. This is a test of Humanity. Testing our wisdom factor.

Due to this article, I more highly think that this is a semi-hoax. The technology for free energy is out there, but it might not be connected to the Keshe Foundation.

I want World Peace, but Rosalie is right about it needing to occur naturally and not be forced.

If the Foundation has the ability to use the technology listed. I would only temporary use it to Safely get the Cabal into Prison (on an a friendly Space Ship), so that the French Revolution repeat doesn’t occur with Disclosure.

After Humanity has settled down, and agreed to talking over what to do with the Cabal rationally. Such technology should be turned off. It should only be used to prevent World War.

If this technology were to be used for anything other then emergency, it would be a violation of Free Will. I am thinking of extreme cases where society sees no problem putting someone suffering from a dangerous psychosis in a straight jacket. Is a straight jacket evil, if misused it certainly is. Yet, the point is to remove the straight jacket and allow a person freedom once the psychosis is over.

The New Earth Blog ~ Living in the New Energy 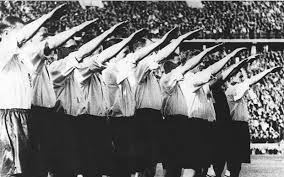 which I’ve included at the end of my commentary [Cliff notes in orange].  Here’s a snippet that I hope will inspire you to read the rest, as it could be as important to the world as Hitler’s Mein Kampf.

I accept no deviation and no negotiation, but only the path which has been set above.

The change has to come from within, because if I force it, then it will be harsh and unbearable for every man.

No, I don’t fear him and neither should you, since we are well stabilized in our…

Saw the title of a YouTube video claiming people look like their names so I’m practicing my Mona Lisa Smile. Do I look more like a Lisa or Elisabeth?
A short moving selfie to try something new (normally this would go in stories)
Peony Garden in bloom
In the middle of blow drying my hair
By the ocean with my BTS Meal from McDonald’s
Climbed some stairs to get a better view
Walking down the street in a less busy area of San Francisco Chinatown
UC Botanical Gardens
UC Botanical Garden 🪴
%d bloggers like this: